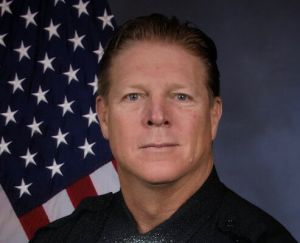 Prior to and during his law enforcement career, Dr. Zumwalt was a therapist and a professor. He spent seven years at College Hospital where he provided individual and group therapy for high risk chronic mentally ill patients from children to geriatric populations. He opened his own substance abuse and co-occurring mental health disorders outpatient program, LEAD Recovery Center where he worked as the clinical and program director. Dr. Zumwalt has been the clinical advisor for Hired Power for over 18 years providing national and international transition services for substance abuse and mental disorders.

Personal History: Dr. Zumwalt was a member of Arizona State University’s only Rose Bowl Champion Football Team and spent three year playing professional football for the Los Angeles Raiders, Atlanta Falcons, and Sacramento Surge. He also played for the Orange County Lawmen Football Team. His older son didn’t fall too far from the apple tree being drafted by the Pittsburgh Steelers. He has been married for 30 years, has four married adult children and has traveled to the Seven Wonders of the World. He is a self-taught pianist and loves getting outdoors. 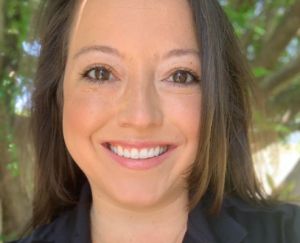 Lisa Mercier holds a Bachelor of Science degree in Psychology from Indiana Wesleyan University. She has a diverse background in various fields within the helping profession. Lisa worked as a Mental Health Worker in an elementary school, where she provided para-professional behavioral services to at-risk children and their families. In this role, Lisa was a member of the Gang Reduction and Intervention Program (GRIP) where she worked alongside the Anaheim Police Department and OC District Attorney’s Office to identify at-risk students to provide mentoring, support, and resources.

Working with the police department and DA’s office led Lisa to the world of victim advocacy and crisis response. For several years, Lisa was a victim advocate at CSP, Inc. and was assigned to general felony crimes, where she provided resources to crime victims and accompaniment to court hearings. This grew into a new partnership with the DA’s office to create a specialized victim advocate position for family crimes in North Orange County. Lisa was the first person to hold this position. Through the success of this assignment, another specialized role was created for Lisa as the county’s first designated vehicular homicide advocate. In addition to the role of victim advocate, Lisa was a member of the Crisis Response Team. Under the direction of Dr. Heather Williams, as part of the Crisis Response Team, Lisa responded to critical incidents throughout Orange County to provide crisis intervention to victims and witnesses. Lisa also assisted in the debriefing of first responders. She responded to fatal traffic accidents, homicides, suicides, and the mass shooting at Salon Meritage in Seal Beach in 2011.

In 2014, Lisa worked as a Civilian Investigator at Placentia Police Department, where she assisted with investigations of sexual assaults, missing persons, family crimes, and property crimes.

From 2015-2020, Lisa worked at The Regional Center of Orange County, a non-profit agency providing support services to people with developmental disabilities. Lisa was the Quality Assurance Coordinator for the adult day programs in the county, where she conducted audits of the programs to ensure compliance with state regulations. Lisa was also responsible for investigating all special incident reports, including but not limited to personal rights violations and allegations of abuse.

Presently, in addition to being a member of Premier First Responder Psychological Services, Lisa owns a business providing spiritual coaching to clients. Her focus is on helping individuals learn to recognize the power and accuracy of their intuition and how to use that innate knowing to make everyday decisions in life. Lisa is also a Reiki Master, offering energy healing services to clients.

I'm here to help. Get in touch today.

About
Services
Resources
Website Built And Maintained By NEP Services